A business case about the effects of exposition control on quality 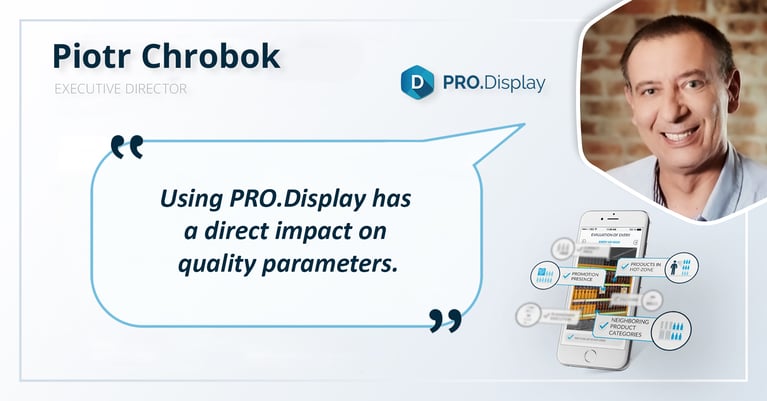 One of our clients, a very large food corporation, has been using PRO.Display to control its exposition for several years now.

Each of its sales divisions deals with a different product category operating in the same stores. So far, both sales departments have implemented control with the use of photo recognition in 100% of the stores and achieved similar 90% correctness results.

Currently, one of the departments has remained at 100% control, while the other has reduced it to 30% of the store population. Interestingly, the first one recorded an increase in exposition parameters of almost 5 percentage points, while at the same time, the second one recorded a decrease of -20 p.p. in exposition quality.

This just goes to show how important it is to control expositions in stores on a large scale, and the best and cheapest tools for doing so are Photo Recognition systems such as PRO.Display.